Department of Media, Aalto School of Arts, Design and Architecture

The Media Culture and Theory will give opportunity to students to develop theoretical frameworks to explore the fundamental domains relevant to the ongoing debates regarding media and the new media. Within the interdisciplinary characteristic of the field, the course will explore several related topics; Audience and community, Culture, Interpretation, Learning, Materiality, Memory and Physical Interaction. The seminar will deal with these topics through the areas of intersection between different dimensions of human agency and new technological/social practices in art and design context. We are interested in highlighting and discussing differences between modalities (sound vs. image); representation (video vs. graphics).

The course will begin with introducing the critical theory of Culture in media and later on will continue exploring how the new media’s practices have contributed to expanding the concept of Memory. The physical Interaction will focus on the physicality of the body, positioning the body at the center of interaction as the active component for creating meaning and aesthetics of the experience. At the same time, Materiality will be taking into account the use of Data in different domains, including applications to audiovisual practices. Recent developments and the use of enhanced technologies will be starting point for the discussions in Learning module. While social developments and the changing role of the audience will be introduced further in Audience and Community lectures, the identity and representation policy in media practices will be examined in detail during the Interpretation module. At end of the course, students will learn to carry out a broader perspective of these fields, by developing their own critical perspective to theory and practice that is grounded in both earlier conceptions of media as well as in new and critical notions of the new media.

There are 6 modules that cover the following topics: Memory, Physical Interaction, Culture, Materiality & Data, Interpretation, Audience and Community. Each module consists of 3 sessions and includes the following:

1. A lecture on the selected theme by the responsible faculty person

2. A lecture by an invited presenter selected by the faculty person

1. In the first module session there is a lecture 45 minutes, with a break, followed by 45-minute discussion.

2. In the second session there will be an invited lecturer. There is a 45 minutes lecture, followed by discussion.

3. In the third and last session students make their own presentations about the topics that have been dealt with in the previous two sessions.

Throughout the academic year 2013-2014, the course will meet on the following dates:

Students should strive to attend all module presentation. (80% attendance is the minimum in order to receive credits.) Each student must select a domain/module in which he or she focuses on and at the end must present and submit an essay. The essay should be a minimum of 3500 words.

1. Students will survey important literature about media and new media theory.
2. They will acquire a basic foundation about media and new media theory that enables them to further develop their own critical thinking.
3. Additionally, participants will further develop their presentation and writing skills.
GRADING
– Attendance 3 credits
– Short presentations: 2 credits
– Essay: 1-3 credits
COORDINATION:

Media Lab, Graphic Design and Photography will work together to realize the course. Lily Díaz, Marja Seliger and Koray Tahiroglu are the responsible parties for coordination.

Among the difficult tasks for those interested in preserving a record of society’s heritage is that one of bridging the gap of time past and the present. Confronting the dark abyss as we enter into the mouth of the cave, peering to the other side, through the tiny crack in the wall, or opening the lid of the sarcophagus sealed, thousands of years ago. This is a gap that assumes many shapes and forms in our consciousness… And then there is the stark reality of our biological reality or as, as Henri Bergson aptly recognized, “Practically, we perceive only the past, the pure present being the invisible progress of the past gnawing into the future.”  (Matter and Memory, p. 204.)

Recording what eventually becomes history itself, or the keeping of memory, is an activity that befalls the whole of the species, from bard and poet, to chronicler, to historian. And the plethora of examples throughout the ages which are vestige of such activity and which immediately surfaces is so vast that it could not be possibly named. In many cases the remnants are witness to interaction between culture and technology and the role that this has played in our subsistence.

Still, a point of inflection began to emerge at the turn of the 20th Century when digital media technology in the form of social media tools became a ubiquitous presence in our daily lives. In my presentation I will seek to survey and compare a variety of these artifacts and relate them to terms such as infrastructure. For this session of the seminar I would like us to ponder on the question of What role might these instruments play in the activities of the contemporary chronicler? How can new media theory assist us in understanding this new landscape?

Topic: Memento a film by Christopher Nolan: “A man is determined to find justice after the loss of a loved one, even though he is incapable of fully remembering the crime, in this offbeat thriller.” Rotten Tomatoes, http://www.rottentomatoes.com/m/memento/. (Accessed Sept. 26, 2013.)

Group viewing and discussion. Reading: Joseph Levine’s, “Leonard’s System: Why doesn’t it Work? or John Sutton’s, “The Feel of the World: Exograms, Habits, and the Confusion of Types of Memory” in Kania, Andrew, Memento, London and New York: Routledge, Taylor Francis, 2009. This Philosophers on Film collection of essays can be found as an e-book online. You can find the link in Arsca database (http://arsca.linneanet.fi).

The task of the competition is to design an outer casing (enclosure) of the Robot arm and
associated components and a physical deployment platform for the Robotic Scanner based
on the specifications provided by the Project Team.

The selected design may be tested via building workable prototypes at the Fab Lab of the
Aalto Media Factory & other fabrication facilities such as ADD-Lab within Aalto University.

The final design should demonstrate fluent operations and would be implemented on-site at the museums.

The designer will have aptitude in industrial design, digital visualizations and be able to
articulate design ideas by 3D-Modeling, 3D-Printing and Rapid Prototyping. Knowledge of
working with electronics, plastics, sensors, motors, and microprocessors (such as Arduino)
is needed. The designer may utilize the research undertaken, and lessons learnt from this
project as part of their own academic research. The final design will be licensed under
Creative Commons Attribution-ShareAlike 3.0 Unported (CC BY-SA 3.0) license and all 3D files and documentation submitted to the Competition organizers.

Open Day: Wednesday 02 October 2013, 13.00 – 1600:
Discussion with Project Team & viewing of Robot at the Department of Computer Science
& Engineering, Konemiehentie 2, 02150 Espoo. Room No. A328

Blog for Info and updates: https://blogs.aalto.fi/museumrobot/

Organizers have the right to update, revise, and terminate the competition. 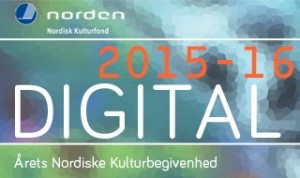 2. NORDIC CULTURE EVENT OF THE YEAR – DIGITAL 2015/2016
2.1 Background and theme
The Nordic Culture Event of the Year is an extraordinary initiative of the Fund. Every other year, the Fund awards DKK 3 million to one Nordic co-operation project within a theme that is current and important for the Fund. The award will promote greater Nordic co-operation within the chosen theme and will increase awareness of and interest in Nordic cultural co-operation.
In 2015-2016, the Fund is placing the focus on digital arts and culture. This is defined as arts and culture that is created and produced, and that can interact and be disseminated, using new technology and digital media. With this initiative, the Fund hopes to provide a boost to the players that focus on creating new arts and new expressions based on new technology and media, and to stimulate the arena where arts and technology can collaborate. The Nordic Culture Fund has decided to earmark DKK 3 million for the Nordic Culture Event of the Year – DIGITAL 2015/16.

The guidelines in English:
riktlinjer_aand_uk_final

The guidelines in Finnish:
riktlinjer_aand_fi_final

The guidelines in Swedish:
riktlinjer_aand_se_final 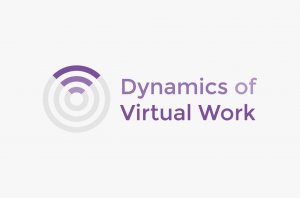 Sponsored by COST (European Co-operation in Science and Technology), Work Organisation Labour and Globalisation, Competition and Change and Triple C

To be held at the University of Hertfordshire, UK, September 3-5, 2014

Globalisation and technological change have transformed where people work, when and how. Digitisation of information has altered labour processes out of all recognition whilst telecommunications have enabled jobs to be relocated globally. But ICTs have also enabled the creation of entirely new types of ‘digital’ or ‘virtual’ labour, both paid and unpaid,  shifting the borderline between ‘play’ and ‘work’ and creating new types of unpaid labour connected with the consumption and co-creation of goods and services.  The implications of this are far-reaching, both for policy and for scholarship. The dynamics of these changes cannot be captured adequately within the framework of any single academic discipline. On the contrary, they can only be understood in the light of a combination of insights from fields including political economy, the sociology of work, organisational theory, economic geography, development studies, industrial relations, comparative social policy, communications studies, technology policy and gender studies
COST Action IS1202 brings together an international network of leading experts from 29 European Countries with researchers from other parts of the world to develop a multi-faceted approach to understanding these phenomena. This international conference will open up an interactive dialogue between scholars both inside and outside the network. Papers drawing on theoretical, methodological or empirical research are welcomed on the following topics:

Changes in skills and occupational identities in the digital economy
– The creation of new occupational identities and the disintegration of old ones
– Reskilling or deskilling? New forms of Taylorisation or new opportunities for creativity?
– Changing patterns of working time, work-life balance and gender division of labour
– New forms of organisation inside and outside the workplace

Value creation in the Internet Age
– The monetisation of the Internet – theoretical and methodological challenges
– Commodification and value creation in online activities
– ‘Prosumption’, ‘co-creation’ and ‘playbour’: conceptualising the shifts between labour, consumption and leisure activities
– Virtual work and immaterial production (including crowdsourcing, goldfarming and other forms of online work)
– Policy implications of virtual work

All submissions will be subject to peer review.

Some scholarships may be available for attendees from Developing Countries. 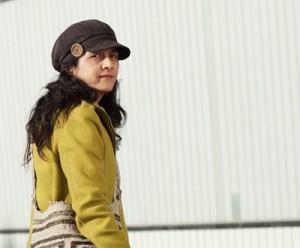 The present study explores collective design processes that both closely tied communities and emergent collectives are increasingly engaging in. The hypothesis was that collaborative design in these settings is better understood at the intersection of the evolution of the every-day practices and the shared new media forms that emerge, since both of these aspects shape and give direction to each other.

Based on two case studies of fledgling communities (seniors aging together) and emergent collectives (citizens and city officials linked by locative media), the study shows how continuities and collaboration can be achieved between design and life-practices. Particular attention was paid on expanding what comprises the design spaces of these communal endeavours to capture a wider interplay of possibilities: practices, partly assembled technologies, as well as the developing competencies and social arrangements emerging. These are all found to be the basis for ongoing design choices.

The work introduces some resources and strategies for organizing extended collaborative design engagements in practice, in particular when it comes to new media for supporting and carrying out communal endeavours. The examples illustrate the importance of setting the context (grounding the collaboration setting) and cultivating new forms of design work (identification of design seeds, following of indigenous spin-offs, facilitating forking) and some of the required learning strategies (partial failures, reflective practices) to pay attention to. The repertoire of practices and strategies documented (e.g. infrastructuring and midwifing) offer guidance to the sorts of activities and venues needed to allow ongoing collective media design processes room to breathe and grow.

You can buy and download the dissertation here:
https://www.taik.fi/kirjakauppa/product_info.php?cPath=21&products_id=291