Master Student in Photography Akseli Valmunen from Aalto University’s Department of Media has won the price for The Young Nordic Photographer of The Year 2016. He’s solo exhibition will be seen at Fotografiska in Stockholm during 2017.

Last year the award was given to an Aalto Photography Student as well, Aapo Huhta being the winner.

The next Festival will be arranged on 30 – 31 May 2017 in Jyväskylä (www.jyu.fi). The Methods Festival has established itself as an important and vibrant forum for both junior and senior researchers in human sciences from the whole country. In the Festival quantitative, qualitative and mixed methods are discussed in lectures, workshops and training sessions. As speakers the Festival invites international and domestic experts in their respective fields. The programme includes sessions for example of the following topics:

The registration fee for the Methods Festival is 90€ (only one day 60 €). The registration hasn’t started yet but information on the programme and practical matters will be updated to http://r.jyu.fi/metodifestivaali2017

Artists, technologists, engineers, THIS CALL IS FOR YOU !! If you’re creating in the most innovative disciplines such as Human Computer Interaction, Wearable Tech, Big Data Art, Robotic Art, Interactive Architecture, IoT, Mobile Art, and any artistic discipline in which the technology is the protagonist of any of the creation processes, you have the opportunity of become in speaker in the new edition of the International Conference on Art and Technology that will be held in Bilbao (Spain) on 11th and 12th of May 2017.

Download the template and send as your abstract by email to technarte@technarte.org before December 30th, and show your projects and artworks in a professional network related tyo the fusion between art and technology. We will select 13 speakers to present their works in Technarte 2017 in Bilbao.

If your paper is selected to be part of the Programme of Technarte, you will be invited to attend to the full 2 conference days. In addition, the organisation will provide you 3 nights hotel accommodation.

You will enjoy a unique and inspiring networking days with international artists and professionals form artistic and technological world. An event in which new ideas and innovative projects arise.

Presentation and debate by Jelena Rosic:

“Enactive Storytelling is a research on intersubjective sharing of experiences in interactive digital media conducted within Aalto’s research groups Crucible Studio and NeuroCine.

In my research, I study narrative as a mode of interaction, understood as embodied and situated enaction with the world and others. Enaction refers to the enabling of meaning-making through participation and intersubjectively shared experience.

In order to create an integrative conceptual and practical model of interactive narrative, I adapt embodied mind approach from enactive cognitive sciences and introduce multilevel perspective of neurophenomenology to the study of narrative practice. With the neurophenomenological program, the study of consciousness that integrates experimental methods of neuroscience with phenomenological methods, I discuss the neural basis of narratives and their correlation with experiential phenomena. Combining both research-based and practice-based methods, I further follow neurophenomenological “2nd person” methods that seek to offer multi-level description between the phenomenological data (1st person), collected in a 2nd person interview, that can be correlated with 3rd person data (behavioral response, neuroimaging, electroencephalography…)

This much needed dialog between 1st and 3rd person perspectives and methods on social, emphatic and intersubjective understanding and sharing, provides me a kind of 2nd person perspective to enact also from a point of view of my own artistic practice – film editing – into a conceptual framework. In particular, this proposed framework cuts across a range of issues in the interactive narrative technologies and questions concerned with computable narrative models, user interaction and experience, as well as authoring of interactive systems.

In my talk, I will also discuss most recent insights from the Predictive Processing workshop (Neuroaesthetics and Neurocultures, University of Amsterdam) and from my participation in the interactive storytelling industry events – Immersive Network Summit and IDFA DocLab Academy.” 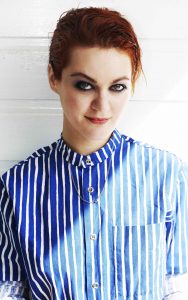 Jelena Rosic (MA) graduated from the Netherlands Film Academy (Artistic Research in Film) and from the Faculty of Dramatic Arts, Belgrade (Film Editing). During her previous studies, she has been researching the topics concerned with film as mediated form of intersubjectivity and has been affiliated with NeuroCine, Aalto (Rosic J. & Tikka P. 2013. Annotation of film content for a neurocinematic analysis: Implications for embodied approaches to filmmaking) and Neuroaesthetics of Film, University of Amsterdam. Her recent editing work, a feature film Humidity, premiered at the Berlin International Film Festival (Berlinale 2016).

Followed by presentation by our guest Timo Honkela, University of Helsinki:

THE BIG PICTURE OF HUMAN-MACHINE COEVOLUTION

ABSTRACT
Invention of linguistic communication, symbolic representation, writing and printing have been important steps in human cultural evolution. Computers and networks have have enabled further developments. During the past fifty years human knowledge and skills have progressed increasingly with the help of computers. The knowledge and skills of digital systems have been usually limited by the knowledge and imagination of humans. There are exceptions to this and they are increasing because of the use of machine learning, evolutionary algorithms and other adaptive systems, growing amount of open data, and computational resources becoming close to human capacities. Clear risks related to these developments. For instance, large proportion of professions will be taken over by computers and robots. This is, however, a limited problem if the development leads into improved understanding of our societies and decision making, improved mutual understanding, and better use of resources. This kind of cultural evolution can lead into very beneficial developments. We can discuss what kind of design-in-the-large is needed to reach such a positive track. 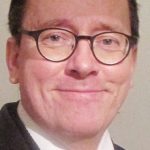 It may be fair to say that professor Timo Honkela has unusually wide scientific and work experience. He has served as a professor earlier in the University of Art and Design Helsinki, Media Lab and Helsinki University of Technology, Laboratory of Information and Computer Science and currently at the University of Helsinki, Department of Modern Languages. Honkela’s research and development work has covered since 1980s areas such as natural language processing, artificial neural networks, participatory media art, visual information retrieval, text mining, socio-cognitive modeling, and analysis of complex societal phenomena.
https://blogs.aalto.fi/mediatutkimus/2016/11/30/guest-lecture-at-media-lab-da-seminar-timo-honkela/

We will end the session with a small Pikkujoulu gathering with christmassy refreshments and an open discussions.

Awkward Objects:
The Bounds of the Body in Early Modern Culture

Certain objects, through their intimate interaction with the human body, invite embarrassment, discomfort or even disgust in the beholder. From the merkin, to the pessary, from anatomical figurines to thumbscrews, these objects hover on the margins of art and visual culture, and bridge the gap between the everyday and the uncanny. This conference, from 20-21 April at Aalto University, will be a forum for researchers from throughout Europe who investigate uncanny objects in the Early Modern world. We invite papers on objects whose relationship with the human body has led them to be overlooked, marginalised or completely avoided in previous scholarship. The conference aims to investigate the extraordinary potential of the mundane, question the boundaries of art history and material culture, and examine the relationship between body, object, and art.

Limited travel expenses may be reimbursed (to be confirmed).

Please submit proposal of up to 250 words and a short biography to
Dr. Jackie Spicer (jacqueline.spicer@aalto.fi) by no later than 13 January, 2017.