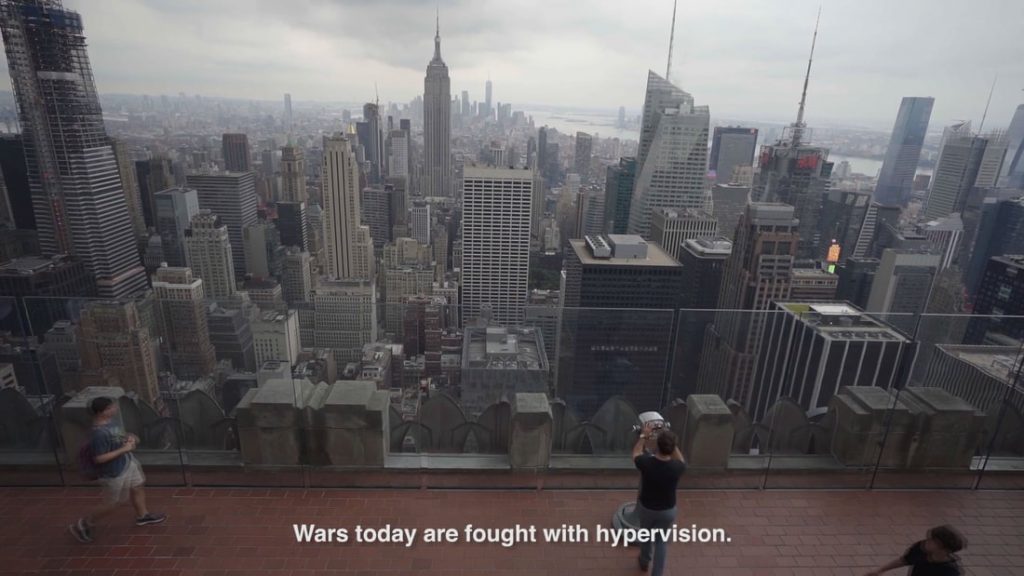 Samra Šabanović and Sheung Yiu, as the duo I was there but you didn’t see me*, are having a week-long pop-up screening of their video work on mass protest photography at Third Space starting from next Monday 4th of October. The exhibition is part of Third Space open call selected projects for the year 2021 with the theme ” Vulnerability, collaboration, exchanges”, supported by Taike. The opening will be on Thursday, October 7th, from 17:00 – 20:00.

“Unless we stop indulging in metaphors and start to recognise the politics of visibility and invisibility within the power structure, ‘photography’s future will be much like its past. It will largely continue to illustrate, without condemning, how the powerful dominate the less powerful.’” (Excerpt from video)

Photography has always been a game of hide-and-seek — what to make visible and invisible — but at times of wars and mass protests, these decisions have real consequences. Humans and images are now entangled in the network, each controlling the life and death of the other. Visibility is not just a picture; visibility is lethal.

Amid global protests to support the Black Lives Matter movement, some have called for photojournalists to blur out protesters’ faces to protect their identities. The encrypted communications app Signal released a feature to blur faces in photos. Software developer Noah Conk created an iPhone shortcut that does the same thing and erases their metadata. Some photojournalists oppose blurring and insist that the key issue is consent. That argument misjudges the lethality of visibility, especially in the context of overt and expansive state surveillance. On the other side of the world, Hong Kong pedestrians are filming the arrest of the protestors on their smartphones as they shout their names and ID number, in the hope that their families and lawyers know which police station to look for them and in the fear that they won’t see the sun again — visibility as a means to protect.

“Sarajevo Roses and Clouds of June” (2020) is a 22-minute video essay on images and their relation to peace. Reflecting on personal experience and photographic practices in general, the video essay contemplates the role of photography in the recent waves of mass protests and social activism. The title is a reference to the memorials of the Bosnian War and the months-long protest in Hong Kong that began in June 2019. The video essay, made during the pandemic in 2020, is composed entirely of video footage found on popular free stock websites. In five chapters, the essay delves into the ever-complex politics of visibility and invisibility, offering a critical examination of how photography may or may not contribute to peace in the age of mass surveillance enabled by hyper-connectivity and the omnipresence of cameras.

BIO
I was there but you didn’t see me* is a series of research-based public interventions on photographic images curated by Samra Šabanović and Sheung Yiu. These interventions use images as starting points of inquiry about their indisputable impacts on philosophy, history, literature, technology, science and visual culture. Through prolonged looking and peripheral vision, the duo revisits images (or the lack of them) and situates them in new discourses that extends beyond visual arts. This involves doing double-takes on images seriously and regularly, writing footnotes on and around photographs to rediscover ‘what was there’ and ‘what was not seen’ at first glance.
LINKS
Exhibition page on the Third Space Website
www.iwastherebut.com
Facebook page
@iwastherebut
@sheungyiuphoto
@samraezn