On the 25.04.19, at 16.30-19:30, led by Professor Lily Díaz in Learning Centre, JUHO the doctoral student Juan Duarte will present his on-going research titled:

Environmental Media: a study on the mediation of technology in ecological artistic practices

The research aims to work around technologies on location, that are used on open environmental data sensing for intermedia art context. The production of devices aims follow a usability process of Interaction Design focusing on principles of sustainability and maker culture. As an outcome of the research, I expect to collect field experiences active communities Accompanying study cases, the research wants to question the role of media technologies in the field of environmental arts to support the development of both art and science collaborations.

The existing scientific proof of planetary issues such as global warming still seems trivial to an important sector of the population. Thus a data platform for environmentalist art could support scientific research by bringing attention to environmental degradation. Artistic research could help reconcile society with a planetary vision through citizen initiatives that empower us with tools that help with making decisions, such as monitoring pollution levels or mapping relations between technological footprints, and planetary cycles.

Mexican-born media artist Juan Duarte Regino works on interaction as a tool for generative art experiments. He is part of Pixelache – art and activist group based in Helsinki. Currently a doctoral student in New Media in Aalto University in Helsinki, Finland, he reflects on the information society paradigm from the point of view of his background in media art, with a special focus on open source technologies developed in DIY communities and grassroots initiatives. Duarte’s work has been presented in IAMAS, Spiral Gallery, Ljudmila, Radio, and TV Museum of Lahti, Centre for Contemporary Art Ujazdowski Castle, Mänttä Art, Generate! Festival, CTM Festival, Lofoten Sound Art Symposium.

His background is in Audiovisual Communication (Bachelor of Arts), and New Media Arts (Master of Arts). His research is around technologies on location, to be used for open environmental data sensing in an intermedia context. The sensing devices developed follow an Interaction Design process focusing on principles of sustainability and maker culture. The outcome of the research (consisting of workshops, lectures exhibitions, and live media performances) expects to collect field experiences from a community of creators, specialized on potentialities of locative media, in order to serve environmental queries through artistic and scientific procedures. 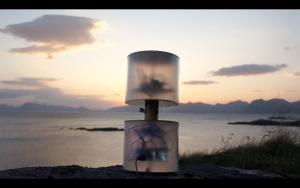 Symbiotic ur-networks of silent fungal and root chatter and earth vibration, named chemical gradients tasted by rooty and human tongues fruit forest-wide in fairy rings, rising up in form and outgrowing Jodrell bank and Arecibo, outclassing them unknown in bringing down the stars to Earth.Martin Howse, 2017

Noting simple parallels between the scaled formations of radio telescope arrays, and the arrayed forms of certain mushroom bodies such as those of Amanita Muscaria, Martin Howse aims to further explore this spored coincidence of cosmos and micro-cosmos, initiating the first forest Radio Mycelium Array.

Conventional radio telescope arrays make use of a technique called interferometry to combine signals received on multiple smaller antennas, creating a larger, more precise view of the electromagnetic Universe. In the case of the RMA, the arrayed Amanita mushrooms act as receiving antennas for deep space signals, to be combined in underground mycelial electrochemical signals. Star dust and mushroom spore combine imaginatively, with both technologies provoking potentially meaningful earth and cosmic signals.

Radio Mycelium Array (RMA) is exhibited both as a speculative prototype (mushroom bodies connected to a digital interferometer device and display), and as documentation of “working” forest studies with similar equipment. Audio recordings of received signals are also available (inscribed on vinyl in sleeves printed with copper spore patterns from the Amanita mushrooms, the antennae).

Martin Howse’s work spans the fields of computing programming, writing, education and performance. A true explorer of urban scapes, his ideas consider our intimate and embodied relationship with our environment. His work has been received several awards (including first prize at Art & Artificial Life competition VIDA 8.0, 2005) and he has curated and participated in several seminars and performances (ICA, London, Transmediale, Berlin, Tuned City, Berlin & Brussels). In 2006 Martin co-founded xxxxx, organising one large-scale conference and concert series in London (xxxxx) and publishing the acclaimed xxxxx [reader]. From 2007 to 2009 he has hosted a regular workshop, micro-residency and salon series in Berlin, most recently under the banner of _____-micro-research. More recently micro-research has been established as a mobile platform for psychogeophysical research with ongoing projects in London, Peenemuende, Lyme Regis and Berlin. For the last ten years he has collaborated on numerous open-laboratory style projects and performed, published, lectured and exhibited worldwide. 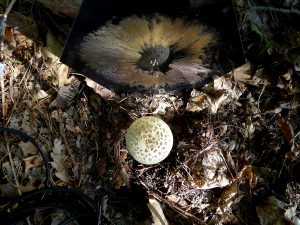 Memory institutions depend on heating-cooling infrastructures for the long-term preservation and mediation of cultural heritage. The energy-intensive thermal regulation of object and data storage environments is guided by the need to ward off decay and to safeguard computer hardware and operations. Despite the tremendous dependence of memory institutions on thermal regulation, temperature has been regarded as merely metaphorical in media studies (Sterne & Mulvin, 2014; Starosielski, 2014). Digital studies in cultural heritage (Cameron and Kenderdine, 2007) have also bypassed the topic of temperature and humidity as it affects the representation of cultural memory. In fact, there hardly exists any literature on the evolution of thermal cultures of memory institutions even though they might be considered as thermally-dependent media institutions.

This talk explores how thermal infrastructures are entangled with the preservation of cultural heritage in order to show how the latter is linked to the expanding use of energy and the embodied energy of natural resources. Understanding the energetic and material impacts of thermal infrastructures and practices in museums and archives demands us to ask ourselves: What are the origins of temperature control and humidity in memory institutions? How did the superimposition of the thermal cultures of the factory affect the practices of the museum? In addressing these questions, my goal is not only to direct attention to the materialities of thermal practices but also to provoke an ecological approach for the future of the memory institution. Could a re-evaluation of thermal infrastructures and practices shape an ecological institution? 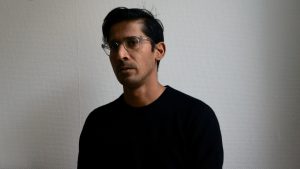 Samir Bhowmik’s multi-disciplinary art practice deals with contemporary issues in Media, Memory and the Environment. His research at Aalto Media Lab and the Humboldt-Universitat zu Berlin examines the architectural, infrastructural and energetic entanglements of Cultural Memory. Samir graduated as a Doctor of Arts in New Media from Aalto University, Finland, and holds a Master of Architecture from the University of Maryland, United States. Samir’s current artistic research project “IMAGINARY NATURES: Extractive Media & the Cultural Memory of Environmental Change” is funded by the Kone Foundation (2019-22). His latest infrastructural performance art project ‘Memory Machines’ opened at the Helsinki Central Library in January 2019, as part of the Library’s Other Intelligences project organized by the Finnish Cultural Institute of New York.