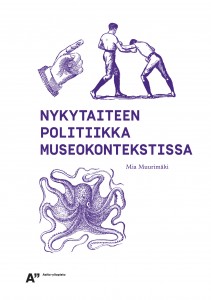 As the invited guest editors for the International Journal of Cinema we would personally like to draw your attention to the call for multidisciplinary papers on Cinema and the Body.

Cinema and the Body

The editors welcome a broad range of essays in the following areas:

• The brain in films and films in the brain: scientific representations of the body and neurocinematics
• Practice-based research of the cinematic body from the point of view of performer and/or author
• New technologies for portraying the body in cinema (e.g., virtual avatars)
• The body as an interface to cinema (e.g. enactive cinema)
• The bodily representation of gender, race, and the physically challenged in cinema
• The body and performativity: the body as image and sound in cinema, body movement and kinesics

Dr. Kaisu Koski is an artist-researcher who has expertise revolving around performativity and cinema, and scientific-medical representations of the body through moving image. Furthermore, she promotes cinema as a research method, arts-based means comparable, but significantly different from, anthropological/ethnographic film. In such a research context the ethical issues and the questions about raw data versus artistic dramatization of it, for instance, become important. Other interesting issues in her practice  are the artist-researcher’s own body in the image vs. the research participant’s body, and the qualities in the onscreen performance.

Dr. Pia Tikka is a director-cinematographer with expertise in neurocinematics, a novel paradigm of neuroscience that studies human cognition by the means of functional neuroimaging. Within this framework she has special interest in unraveling the brain basis of the filmmakers’ expertise. Tikka’s concept “enactive cinema” (2008) together with the embodied mind approach (Varela et al. 1991), further suggests opening up the discussion to the domain of the implicit emotion-driven interaction loop between the viewer-participant’s psychophysiological response and the cinematic narrative.

Looking forward to receiving your proposal.

Science advisor Tiina Forsman and Communication officer Vesa Varpula from Academy of Finland will visit at the departments of Media on Wednesday 11th of December, lecture room 857.

please find attached a call for abstracts for a PhD course to be held March 25 in Helsinki right before the Helsinki Photomedia research conference (http://helsinkiphotomedia.aalto.fi).

The PhD course is titled “Photographic Powers: What is the Role of Images?” and provides doctoral students a venue to discuss their work in progress with a variety of scholars who work on questions concerning photography.

The deadline for 300 -word abstracts is January 5, 2014. The abstracts should be sent to asko.lehmuskallio@uta.fi.

The doctoral course is organized by the Nordic Network for Digital Visuality (NNDV) (http://research.jmk.su.se/nndv), the University of Tampere School of Communication, Media and Theatre (CMT) (https://www.uta.fi/cmt/en/index.html), and Aalto University School of Arts, Design and Architecture, Department of Media (http://media.aalto.fi/en/).

On 10 October 2009 the independently financed film Nasty Old People became the first feature film to be distributed for free under a Creative Commons license through the P2P file-sharing service The Pirate Bay. In conjunction with the release a viral marketing strategy and donation campaign was launched. The launch, the campaign and the donation came about because of a collaboration between Tangram film, The Pirate Bay and university researchers and students. Within the span of five days the film had been downloaded 14 000 times, translated into thirteen languages by volunteers, raised 50 000 SEK, blogged about around the western world, and a few weeks later covered in established media channels. The media exposure at The Pirate Bay and in the blogosphere lead to screening at small theaters across Europe. A year later the Swedish public service television (SVT) aired it, which together with the donation lead to that a bank loan of 100 000 Swedish kronor could be paid.

In the talk I will discuss and critically debate media infrastructuring (Karasti 2010, Star 1996) of new publics and arenas for everyday politics where sociomaterial values are negotiated and are tried out. The issue will be addressed in relation to three experiments conducted within a research led new media research milieu that has explored how experiments on future practices can be conducted as an on-going collaborative infrastructuring process where prototypical communication practices enabled by new media are tried out.

Erling Björgvinsson (PhD) is an assistant professor at the School of Arts and Communication, Malmö University. He has managed a lab that focused on collaborative cultural production through design-lead and art-lead research where academics, professionals, and citizens co-produce – productions that at times address cultural commons. His research area is in design and art methodology and specifically on collabora­tive and participatory design-lead research.