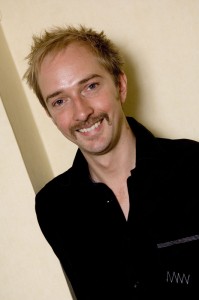 Dr. Nick Bryan-Kinns is Senior Lecturer in Computer Science (User Interface Design), Director of EECS Admissions (Undergraduate and Postgraduate), and the Deputy Dean for Science and Engineering at Queen Mary, University of London. He leads the Interactional Sound and Music Special Interest Group in the Centre for Digital Music and has published award winning international journal and conference papers on his funded research on mutual engagement, cross-modal interaction, and tangible interfaces. He was a panel member for the National Science Foundation’s CreativeIT funding panel, and provided expert consultation for the European Commission’s funding of Creativity and ICT. He was involved in two research networks focusing on the art-computer cross-over and future design, chaired the Association of Computing Machinery (ACM) Creativity and Cognition conference 2010, and co-chaired the British Computer Society (BCS) international HCI conference 2006. Dr. Bryan-Kinns is a BCS Fellow, and a recipient of the ACM Recognition of Service Award, and BCS Recognition of Ten years service. In 1998 he was awarded a Ph.D. in Human Computer Interaction from the University of London. 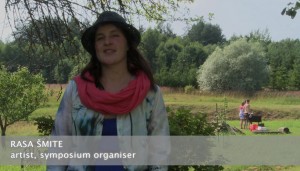 During mid-February 14-15.2. Rasa Smite & Raitis Smits from RIXC (Riga Centre for New Media Culture) were invited to Helsinki, creating and contributing to two events, open to professionals, researchers, students and other interested persons.

The first, a lecture by Rasa Smite on ‘Creative Networks – from open ideas and collaborative explorations to sustainable practices’, will take place Thursday 14.2. from 17.00-19.00 at Aalto Media Factory auditorium. See abstract below.

Secondly, the following afternoon, join an open round-circle discussion with Rasa Smite & Raitis Smits on Friday 15.2. from 13.00-16.00 at AV-Arkki office, about ‘media art histories’ from the perspective of organisations, researchers or practitioners archiving and representing their own practice. Welcome to bring your own examples, share experiences and ask advice from the circle.

RIXC have been long-term collaborators with Pixelache since 2004, most recently in the Renewable Network & Techno-ecologies theme. Furthermore, Rasa Smite & Raitis Smits are co-organisers of the upcoming international Media Art History conference that will take place in Riga in October 2013.

Both events are organised as a collaboration between Aalto ARTS Media Research and Pixelache, in cooperation with AV-Arkki, and takes place as part of the Pixelversity 2013 programme.

In this lecture I will look at transformations that ‘creative networks’ have undergone since the early days of Internet culture during the roaring mid 1990s, in order to discuss the influences and the potentials it contains for developing sustainable practices today.

It is not just a coincidence that the artists who once were active contributors of pioneering Internet culture, today are among those, who are in the vanguard questing for a more sustainable future. On the one hand, by tracing back the line of creative networking into the 90s, I would like to analyze the particular facets of early Internet culture, such as process-based art practices, collective explorations, autonomous and shared infrustructures, new social dynamics and feedback creation as well as other collaboration experiences, — as they contain innovation potential that can and shall be exploited today. On the other hand, my study of pioneering network cultures reflects also on the larger changes in the social structure of our society, who in the last two decades has been influenced by both – rapid “techno-scientific” development and “techno-social” transformation.

Hence, the growing tendency in contemporary media art to address and work with sustainability issues is not just a new trend, but rather, a testimony for an ongoing fundamental shift from a “techno-scientific” to “techno-ecological” paradigm. In order to show this transformation, I will be introducing and analyzing sustainable practices of Renewable Network artists, including our own work at RIXC, thereby also making more concrete the outlines of the suggested “techno-ecological” paradigm.