Mediated by Professor Lily Díaz-Kommonen, there will be two extremely interesting presentations with a Q&A discussion taking place afterwards.

Presentations are open for everyone, welcome! 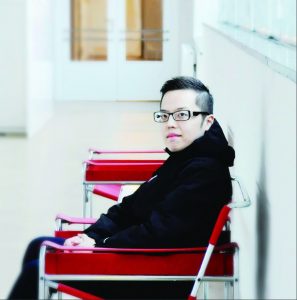 This study aims to apply multimodal discourse analysis as a theoretical point of entry to define the taxonomy of different rhetorical appeals of political memes in China’s most popular mobile application Wechat. The study views “internet memes” as a form of visual rhetoric, planning to analyze them respectively from representational, compositional, and interpersonal perspectives. The material consists of 357 internet memes posted on Wechat and collected by 10 active Chinese Wechat users in China during July 2019 – January 2021, their referential contents covered a series of social and political events occurring in China, including the Hongkong protest, the outbreak of Covid-19, the Sino-West relationship during the pandemic period and so on.  Multimodal discourse analysis was applied to understand the visual contents, compositional forms, and visual arguments formed communicated via those memes, and ultimately concludes the different visual rhetorical appeals reflected in them. It is both a methodological and theoretical attempt to expand the understanding of the visual rhetorical study and how political memes function in the participatory media culture within a specific social, cultural, and political context.

Ningfeng Zhang is a doctoral candidate currently working as a new media researcher with Prof. Dr. Lily Díaz -Kommonen. His research interest focuses on the social, cultural, and political relevance and the generation mechanism of internet memes in the context of Chinese media environment, exploring the mechanism of how internet memes, as a form of visual rhetoric, a propaganda entity, as well as a facet of citizen journalism, generate, mutate and proliferate in a highly homogeneous media environment. 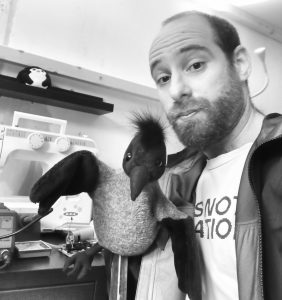 Following the premise of Intergroup Contact, established by Gordon Allport in the 1954 publication The Nature of Prejudice, I am investigating forms of communication that can reduce prejudice between groups in conflict and improve intergroup relations. Technological mediation supports contact in violent conflict scenarios where organizing face-to-face contact is challenging, even more so in light of the COVID-19 pandemic. Online contact forms suffer from a lack of agency, a limited set of nonverbal cues, and an impaired turn-taking flow. Virtual Reality supports user engagement but enforces a mind-body split and a dissociation from terrestrial grounds. I, therefore, propose remote-controlled robots (telerobots) as a way to add corporeal depth to mediated contact, situating a midpoint between online communication and a face-to-face meeting. For this research, the chosen form of implementation for intergroup contact is Telerobtic Puppetry. Puppetry (as well as virtual presence) evokes a hybrid state between object and subject, puppet and puppeteer. A hybrid object absorbs prejudice and problematizes it. Deindividuation of the puppet-avatar turns into a performance of group identities and categorization; a lack of signification opens up a path for self-expression. Design-based research and user surveying are now underway toward a telerobotic, textile-based puppet theater workshop and public performance event that occurs in two locations simultaneously.

Avner Peled is a creative technologist and media artist with a background in computer science, neurobiology, and philosophy. Currently, as Doctoral Researcher at Aalto Media Lab, Avner is exploring the use of telepresence robots as mediators for intergroup contact and conflict resolution in Israel and Palestine. He is also developing 3D web visualizations of big data for the New York Times.

The research is supported by the Kone Foundation.