Arts at CERN<https://arts.cern/>, in Geneva, in partnership with the Finnish organisation Capsula<http://www.capsula.fi/> (art-science-nature), is offering an individual artist or artistic collective the opportunity to apply for a one-month research residency at one of the world’s largest particle physics laboratories, CERN.

Accelerate Finland is an open call for Finnish artists interested in carrying out artistic research inspired by the world of particle physics, in dialogue with scientists, engineers and staff, during an artistic residency of one month at CERN, the European Laboratory of Particle Physics in Geneva, Switzerland.

The main goal of the Accelerate programme is to foster artistic investigation in connection with scientific research and fundamental physics. A jury of experts from culture and science will review the proposals received out of the call. One individual artist or collective will be selected from all the received proposals and will be invited to CERN in 2020 to explore possible new scenarios for enquiry in arts and science.

Saastamoinen Foundation<http://saastamoinenfoundation.fi/> and and The Committee for Public Information<https://www.tjnk.fi/> (TJNK) support Capsula for the Accelerate Finland residency award, a collaboration with Arts at CERN.

Welcome everyone to the second doctoral seminar of the autumn semester!

“The possible future of films as a therapeutic and diagnostic tool”.

The use of films as stimuli in experimental settings is gaining popularity in the science community due to their unique ability to transport the observers into the world depicted in the film and tap into both unconscious and conscious behavioral, psychological, physiological and neural mechanisms. However, as films were not designed to be used for experiments, they lack the flexibility needed to allow the researchers to modify them according to their needs. Emerging evidence from the computer science field show that artificial intelligence might help overcome these limitations. In this talk I will present briefly the uniqueness of film as an art form to simulate social perception and propose how films when combined with artificial intelligence (capabilities) can serve as a therapeutic and diagnostic tool. I will also discuss the ethical aspects of pushing the boundaries of movies and how that will affect it as an art form.

Mamdooh Afdile, is a filmmaker and researcher in media and neuroscience, using physiological measurements and brain imaging techniques to study audience perception and social bias. Currently, he is an assistant professor at the film and media department in Stockholm university of the arts. 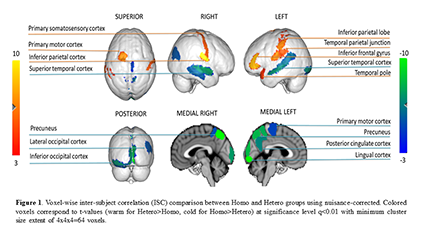 Movies and narratives are increasingly used as stimuli in neuroimaging studies. This in many ways helps bridge the gaps between neuroscience, psychology, and even social sciences by allowing stimulation of, and thus also measurement of neural activity underlying, phenomena that have been less amenable to study with more traditional neuroimaging stimulus-task designs. As recent examples of our work that I will go through in my talk, observation of signature patterns underlying discrete emotions across largely shared brain structures have suggested that both basic and dimensional emotion theories are partly correct. Robust differences in brain activity when viewing genetic vs. adopted sisters going through a moral dilemma in a movie clip have shown that knowledge of shared genes shapes perception of social interactions, thus demonstrating how neuroimaging can offer important measures for social sciences that complement the traditional behavioral ones. Further, more idiosyncratic brain activity has been observed in high-functioning autistic than neurotypical subjects specifically in putative social brain regions when watching a drama movie. I will also present some results on our most recent study in preparation wherein we have observed that family ethnic-cultural background shapes brain activity and associations elicited during listening to an audiobook. Development of data analysis algorithms holds keys to rapid advances in this relatively new area of research. Modeling the stimulus and recording brain activity is significantly complemented by behavioral measures on how the subjects experienced the movie stimulus. 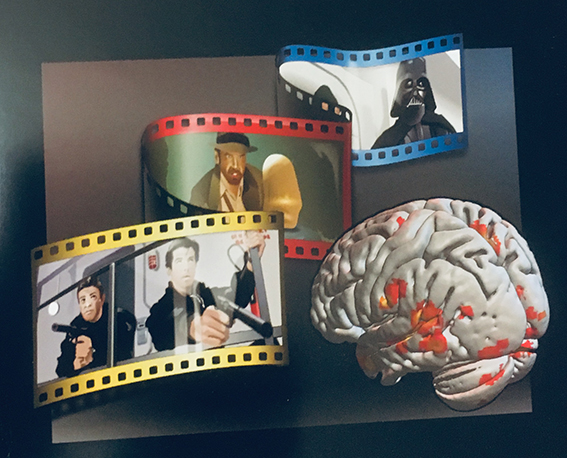 Human Brain Mapping magazine, 38/7, 2017 Differential human brain activity recorded during watching of sections from three movies consecutively vs. in an interleaved fashion as when watching a parallel narrative

Iiro P. Jääskeläinen is a tenured Associate Professor at the Department of Neuroscience and Biomedical Engineering at Aalto University School of Science. In his research, movies and narratives are used as naturalistic stimuli during neuroimaging to study human social cognition and emotions. He received his PhD at the University of Helsinki in 1995 in psychology, subsequently worked as an Instructor in Harvard University in Boston, MA, prior to returning to Helsinki University of Technology, the predecessor of Aalto University. Jääskeläinen has more than 130 publications in international peer-reviewed journals including PNAS, TINS, Biological Psychiatry, and Nature Communications.