Presentations by Yrjö Tuunanen and Pirkka Åman. See abstracts below.

For news audience, knowledge on potential of digital news storytelling, as well as transparency within journalistic processes and accounts, is increasingly important in the era of the expansion of (audio)visual news dissemination (Pew Research Center 2014), “fake” and “real” news phenomena, as well as diverse media platforms redelivering filtered news feeds and facilitating discussion on current topics.

This dissertation focuses on the ways in which phototexts and other multimodal news compilations implement transparency within their narrative structures and practices. Moreover, this dissertation discusses the potential of narrative transparency, not yet deployed within multimodal news narration. Accordingly, it suggests additional ways for supporting transparent and contextualized news dissemination and advancing news discourse skills for media audience. 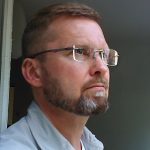 Yrjö Tuunanen is a doctoral candidate in Media Lab. His dissertation studies multimodal news narratives. He holds a master’s degree in Photography from University of Industrial Arts, Helsinki, and since 1990, he has worked as a photojournalist and a teacher of digital and documentary photography. From 2013 onwards, he has worked as a consultant on digital visualisation of financial news and information for the Ministry of Finance, Finland. Together with Heidi Hirsto, D.Sc. (Econ.), he has been running a collaborative research project titled: M-Scopes, Mediated Significations of Finance, focusing on the ways in which economic phenomena and mechanisms are represented in the web-based news media.

Abstract: Online content services commonly offer personalized content such as books, TV series and music that are tailored to the users’ personal preferences. Online music recommendation services are a subset of personalizable services. As music preferences vary greatly across music listening situations, information about the user’s situation, that is, context information has recently been started to involve in recommendations.

In this thesis, I suggest new ways of including context information, mainly location, to music recommendations by presenting concepts and prototypes that were field tested with real-life users. In the articles, I presented two prototypes, Sounds of Helsinki (Article II) and OUTMedia (Article IV), as well as a platform platform for several context-aware music service concepts (Article III). Furthermore, two articles reviewed the existing music services for their explanations and transparency (Article I) and the ways they involved context factors in interacting with music recommendation and discovery tasks.

The underlying argument and a starting point for the thesis was that by involving context factors, ultimately cultural diversity could be fostered. In an ideal case, adding context to music recommendations would lead to recommendations that offer more non-mainstream music than channels such as the playlist radio or playlists of new releases of online music services. That would lead to better chances for serendipitous discoveries, and, ultimately, given that the user base would be large enough, would promote cultural diversity as well.

While the results show that the users indeed experienced serendipity in many ways, in the light of the results it can not be proven that context-aware music recommendations necessarily lead to cultural diversity. In addition, the results can not be generalized to all context-aware music recommendation cases. Instead, design implications are given to help designers and researches of future systems to build rewarding and enjoyable context-aware content services, especially to enrich the urban environments. These include Supporting open meaning-making through combinations of different media content and places; Visual and interactive UI elements that communicate the system logic or explain why a recommendation was made; Positive restrictions: for example, with location-sensitivity as a positive restriction, allowing the content to be available only when the user is at or nearby a certain location; Supporting serendipity can be approached in many ways, for example, combining music with an activity, a location, certain time or an identity can effectively promote serendipitous discoveries. 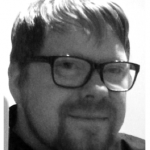 Pirkka Åman is a post-graduate student at Media Lab Helsinki, School of Art, Design and Architecture, Aalto University. In his doctoral dissertation he studies how to support music discovery and recommendation in urban environments through ubiquitous interfaces.