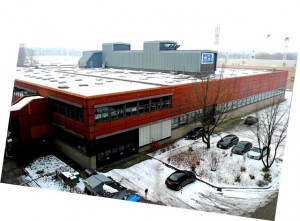 So I came to Germany. It took me about ten days to adjust to the new environment. There are many things in common with Finland and some are totally different.

My first contact was on thursday 17th when I arrived, and herr Dipl. Ing. Puls came to pick me up from the Aachen Hauptbahnhof. The first thing to do was to go for few beers, Prost! Most of the research group was there to greet me! Have to say that I’m bit ashamed how we in Finland greet the newcomers. I realized that speaking German is quite a bit easier after few beers. The local stuff is called Kölsch and is served usually in 2dl glasses. Not quite like in Octoberfest, but gut Bier anyways. The people from the lab were friendly, even though I had some difficulties remembering their names, but I have a system now. International names are a bit tricky to absorb.

The city itself is very beutiful and has old buildings like churches and castles and quite a few more churches. Oh, and the Finnish coat of arms, the retarded lion, is everywhere around here. Also in Luxemburg, but their version looks like it were dancing Gangnam style.

The Uni is huge, especially the machinenbau, the local mechanical engineering department. My working place is in werkzeugmaschinenlabor (machine tool laboratory), which is about ten times bigger and with somewhat 20 years younger equipment than the Aalto equivalent. They have about 10 5-axis machine tools and one 800k€ broaching machine that would be perfect for my cutting tests. And it will, during my project that was assigned to me. Sorry, that is all I can say about that, for it is secret. (quite practical huh? when my professor asks what did I doin Germany, I can just show him the confidentiality agreement)  Though having huge lab, some 200 reserchers/staff has a downside, there is few months waiting list to get to use the machines. Ah, and the working hours, I as everyone else got to go to the lab between 8-8:30. That will take me some more getting used to. The reserach group is active in both official and unofficial matters, like bowling, bar nights, fußball team etc. In a week, we are going to Köln for carnival that is said to be crazy. There will be real Finnish Santa running around… But for the research group, the exchange is well organized on their part, of that I’m glad!

I have also been trying to get to know people here besides the fellow scientists, and with that the Erasmus program has been a huge help. There is practically something for every evening and the students are outgoing and tolerant even for old nasty Phd students such as me. There is even polite co-living in the dormitory. Though sharing a kitchen and some toilets and shower with 16 other rooms was a bit culture shock at first to distinguished Westender like me. Nah, really it is quite fun! But besides eating cup noodles and schnitzels, I try to improve my German and taste the international new lifestyle… ah and not forgetting the beer.

ps. If you are planning to come to Germany for exchange, prepare for some serious bureocracy. 😉

The Aalto University’s ELO Helsinki Film School (Department of Film, Television and Scenography, School of Arts, Design and Architecture) will host a symposium on possibilities of different aspect ratios in cinematography